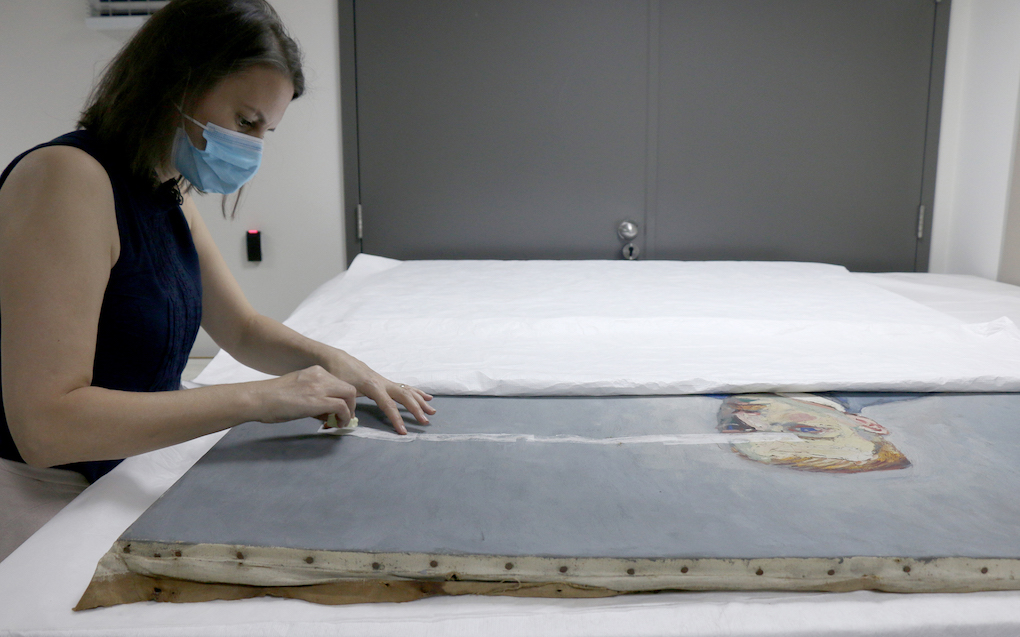 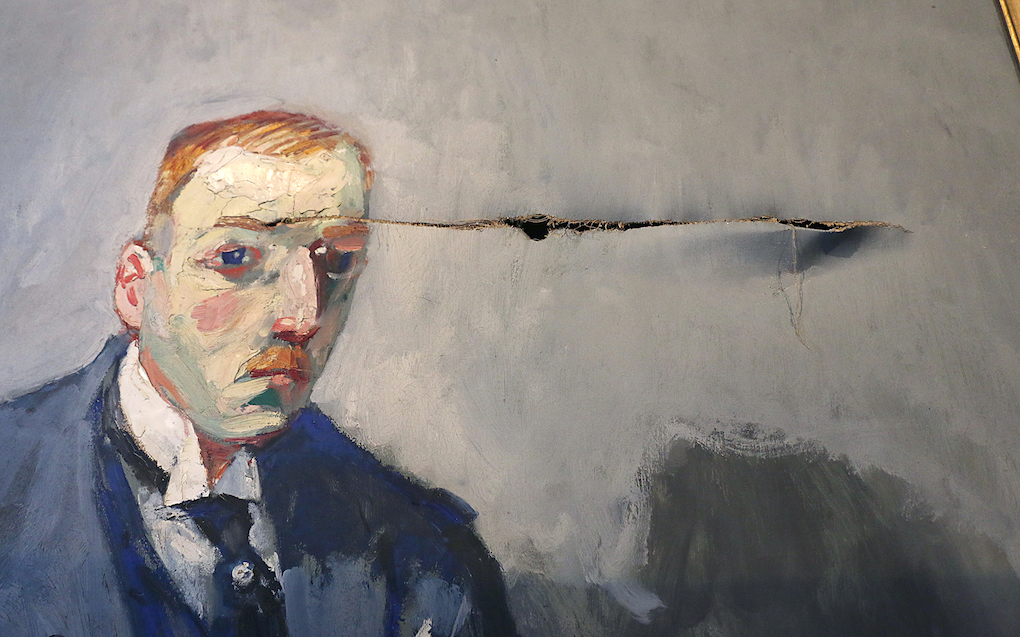 The Sursock Museum is happy to announce a public talk detailing the restoration process of the artworks damaged at the Museum following the August 4 explosions. The talk features Veronique Sorano-Stedman, the head of the restoration-conservation department of modern and contemporary art at the Centre Pompidou, as well as Beirut-based restorers Caroline Gelot and Kerstin Khalife.

The talk focuses on the challenges and difficulties encountered while restoring the artworks and is also an occasion to introduce a profession –often behind the scene– crucial in preserving and maintaining collections. The three restorers would share their approaches and methodologies highlighting the specificities of each medium. Sorano-Stedman worked on the restoration of the Portrait of Nicolas Sursock, circa 1926-30, by Kees Van Dongen, as well as the Portrait d’Odile Mazloum, 1967, by Cici Tamazeo-Sursock and Untitled (Consolation), 1970, by Paul Guiragossian. Kerstin Khalife was supervising and managing the restoration process of the paintings at the Sursock Museum. Finally, Caroline Gelot is a paper restorer who worked on the Museum's pastels, lithography, and photography.

Veronique Sorano-Stedman is specialized in the restoration of modern and contemporary art. A former student of the Ecole du Louvre, she is a graduate of IFROA-INP (Institut National du Patrimoine) and holds a master's degree in science and techniques for the conservation-restoration of cultural property from the University of Paris-I-Panthéon Sorbonne. In 2010, she was appointed head of the conservation-restoration department of modern and contemporary works at the Centre national d'art et de culture Georges Pompidou. Over the years, she directed major projects such as the Galerie d'Apollon at the Louvre, the Galerie des Glaces at the Versailles Palace, and the Aurore pavilion in Sceaux. Véronique Sorano-Stedman is a member of the Louvre restoration commission, of the scientific council of the C2RMF and of the board of directors of the Institut National du Patrimoine.

Kerstin Khalife graduated from the State Academy of Art and Design in Stuttgart, Germany with a degree in the restoration of paintings and polychrome sculptures. She has worked in Lebanon since 2003 for several institutions and private collectors in a freelance capacity including the Nicolas Ibrahim Sursock Museum and the future Beirut Museum of Art–BeMa.

Caroline Gelot graduated from the National Institute of French Heritage in Paris with a Masters in the restoration of graphic arts and books. Since 2016, she has been working in a freelance capacity for French and Lebanese institutions and private collectors. She is currently head of the restoration laboratory of the Beit Gazo Center for Conservation in Daraoun, Harissa.

This talk is made possible thanks to the support of Institut Français du Liban.